Home Forbidden Love Hints How to forgive a cheating boyfriend

How to forgive a cheating boyfriend 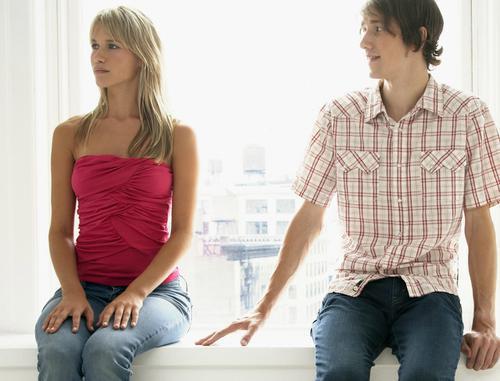 How to forgive a cheating boyfriend

How and when to forgive a cheating boyfriend

There’s no clear cut single reason for why cheating happens in a relationship. Whether the relationship survives the infidelity after that, has more to do with how the individuals respond to the affair than anything else.

My current boyfriend (who is now my fiance) and I have been together for three years now. Even at the beginning of our relationship, I knew that there was something special about him. I stopped looking at other guys the same way, and felt like emotionally he occupied a unique place in my life. We talked to each other every day, and I always looked forward to seeing him. In fact, I still feel this way.

I was not prepared for what happened next at all. He was out with his friends at the bar and he ended up taking some random girl home with him. I couldn’t imagine why he would do it, and I didn’t understand why he did it plain sight either. He didn’t even try to hide it from me. She friended him on facebook and then posted something slutty on his wall! It was like we were right on the precipice of the magical new beginning and he had gone and ruined everything by hooking up with some random skank at the bar. I couldn’t understand why he would do it.

Forgiving him for cheating

At first I was angry and I left him several screamy voice messages that indicated what a piece of shit he was. After a few days of not speaking to him at all, he tried to get ahold of me. I asked him why he did what he did, and he said he didn’t know. He was out with his friends drunk and this girl smiled at him or whatever. He told me he had never been this close another woman before as he had with me and the idea of settling down never seemed like something he wanted to do. Emotionally he wasn’t prepared for a long term committed relationship, especially one where the two of us would see each other all the time, everyday.

On the same token, he told me that he didn’t want to lose me and that he really loved me. He said that he was really sorry and that he didn’t mean to hurt me. He told me was just scared about putting all his eggs in one basket so to speak. Like what would happen if we broke up and he had nothing?

He said that he had never felt so emotionally dependant on another person before and that if something were to happen with our relationship he wouldn’t know what to do, and taking that to the next level by moving in together only exacerbated those feelings.

I never wanted to be the girl who gave her cheating boyfriend a second chance. Cheating forgiveness was not something I imagined when thinking about the perfect relationship. Nonetheless I did give him a second chance, and I have no regretted that decision.