Home Forbidden Love Hints How to forgive a cheating girlfriend

How to forgive a cheating girlfriend 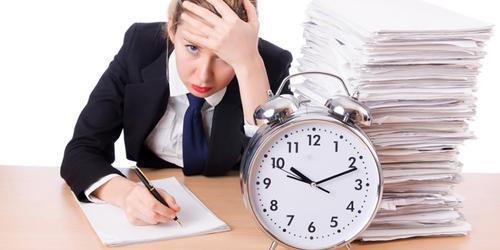 How to forgive a cheating girlfriend

How and when to forgive a cheating girlfriend

How to forgive her for cheating

When I was in college one of my first real girlfriends cheated on me. It was the first time that I had felt deeply for a girl in a romantic relationship and I wasn’t completely aware of how to handle those feelings. We had started seeing other shortly after hooking up at a party and I felt like everything was falling into place for us. She was the only girl in my life and I assumed that I was the only guy in hers. But I was wrong.

What I didn’t realize was that she was seeing another guy on the side. She didn’t tell me about it and I never thought to ask either. I just assumed that after four months of being together we were only seeing each other. It never came up.

When I found out from one of my friends that she was screwing some other guy too I was hurt. I didn’t want to admit that I was hurt so I played it out like I was angry. I confronted her and she began crying. She said that she didn’t realize that I thought the relationship was exclusive and assumed that I had other girls that I slept with too.

At this point I wasn’t sure what to do. The thought of her with another guy drove me insane, but it’s not like I ever thought she was a virgin or something. Maybe I was wrong for just assuming, so I gave her another chance.

After that, we were together for another 3 months. During that time we saw each other a few times a week. I thought it was cool because we could go out together and then other times she would come over and we’d just chill and watch Netflix. But there was always a part of me that hated when she was talking to other guys and I wasn’t shy about questioning her about it.

Eventually, it happened that there was a guy she met at some party or whatever. He was in one of her classes and they hung out together socially sometimes. I knew he wanted her and I knew in some ways they’d make a couple that made sense together. He was chatting her up on social media, obviously flirting with her and whatnot, and she seemed really receptive to that. She was responding to what he said favorably and it really pissed me off. I knew where it was headed and I was right.

I was really pissed off at the time because I felt like I couldn’t keep my woman or whatever. I ended up ghosting her on facebook and when she tried to get ahold of me I refused to take her calls. I wasn’t about to forgive her for cheating because I didn’t want her to feel better after the way she had played me. So forgiving her cheating just wasn’t going to happen.

Later I found out that she ended up cheating on the guy she was cheating on me with. I laughed and said ‘that figures’, but deep down I was relieved. I felt like I wasn’t singled out anymore for that kind of treatment. Like I was off the hook. I wasn’t the reason she cheated on me. She was just the kind of girl for whatever reason enjoyed short but passionate relationships and then moved on. It wasn’t my fault. So even though I couldn’t forgive her at the time, I did learn to forgive myself.